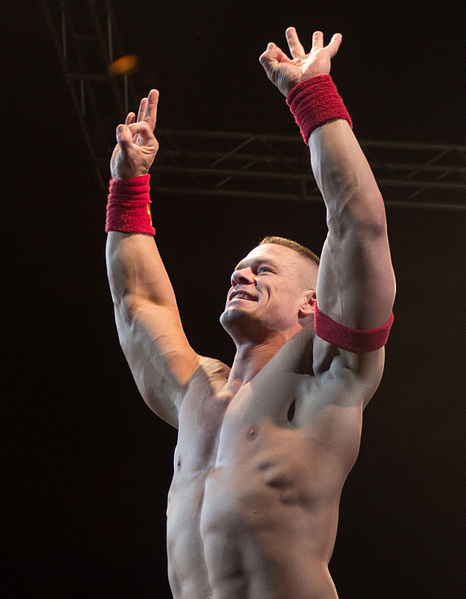 John Cena is out for two months. Every time he’s out, the ratings drop. This in spite of all the “Cena sucks” and “Anybody but Cena” mantras of the Internet wrestling fans.

If you’re ready to “move on” from John Cena, it’s time to prove it.

Do not miss Raw and Smackdown. Watch them again on Hulu and DVR.

Do not miss the pay-per-views that air while he is gone.

Above all, show support for your next guy. You don’t like Roman Reigns? Fine. Buy a shirt to support KO, Ambrose, Ryback, Cesaro, Rollins, Ziggler. Whomever your guy is, put your money where your mouth is. That’s really how the WWE pays attention to whom they need to push.

Reality is, Cena’s a once in a generation star. There are some very talented guys waiting in the wings to take his spot right now, but I’m not sure there’s any one guy yet ready to fill his shoes. The time is coming he won’t want to lace them up as often, but if the ratings plunge like normal, you can expect another major Cena push all the way through Wrestlemania!