Princess Victoria is one of the unsung heroes of women’s wrestling. She only wrestled for four years, her career ending after a fluke accident, but she remains a fan favorite. She’s a Cauliflower Alley Club award winner and a Women’s Tag Team Champion. She’s also a true warrior, a survivor who overcame a horrific childhood before she ever set foot in the ring.

Vicki Otis holds nothing back in this new memoir. She is incredibly frank about the abuse she suffered as a child, a story she shares in hopes of helping others. Vicki will also make you laugh out loud with some fantastic memories of friends like Wendi Richter, Velvet McIntyre, Stan Stasiak, Buddy Rose, Sandy Barr, and Roddy Piper.

Books will be in stock this weekend and ship early next week. If you’re a fan of 80s wrestling or ladies wrestling, this is one you cannot miss!

Tracy Smothers never hesitated when asked who was his favorite opponent of all time. “Candido.” He couldn’t sing Chris Candido’s praises enough, and he lit up every time we talked about Chris. It was Tracy who said that Chris Candido should be my next book, and it was Tracy who put me in touch with his good friend Jimmy Shoulders, who in turn put me in touch with Chris’s family.

Jonny Candido and I have been working hard to put together the biography of one of the most beloved wrestlers ever to set foot in a locker room. Some call him a wrestler’s wrestler, and some argue that he was one of the most gifted men ever to set foot in the ring. You’d be hard pressed to find anyone who loved the wrestling business more. His story has a tragic ending and plenty of drama, but it’s absolutely inspiring. Chris Candido truly lived and breathed professional wrestling, and I’m very excited to announce his biography will be released in early 2021.

Chris is not the only project now in the works for next year. Hot on the heels of the Elvira Snodgrass biography, I’ve just started working with one of the toughest women ever to set foot in the squared circle. Princess Victoria was poised to be one of the top women’s stars in the WWF before her career-ending accident in 1984. She was one of the first WWF Women’s Tag Team Champions, and she worked incredible matches with Velvet McIntyre, Wendi Richter, Sherri Martel, and more.

But wrestling is only a small part of the story. Vicki Otis was a warrior long before she became a professional wrestler. She endured a horrific childhood and unimaginable abuse. She survived, escaped, and ran off to pursue her dream of becoming a professional wrestler. Vicki’s tale is inspiring in a different way than Candido’s, and it is our hope that people who have endured similar backgrounds will find inspiration in her tale.

There’s more on the table for 2021, including a few more historical biographies and a new novel that has nothing to do with wrestling, but suffice to say, we’ll be kicking 2021 off in a big way.

Did you hear the story about Billy Corgan buying the NWA? Things are happening outside the WWE, and more and more wrestling fans are discovering for themselves how deep today’s wrestling business is with talent.

The Kick Out at Two Podcast is must listening for anyone who wants to catch up on the independent wrestling scene. This week the gang discusses their recent visits to Pro Wrestling South and the Carnage Cup. Then Righteous Jesse welcomes back one of their favorite guys, Tank, to discuss his match with Jeff Cannonball and more.

Download the Kick Out at Two podcast every weekend on iTunes, Stitcher, and Soundcloud!

In days long gone, the promoters ran the wrestling business. The centralized NWA divided North America into territories, and promoters would move and share talent across boundaries as they were needed. Wrestlers knew when they were sent into a territory that they were guaranteed work and pay. The wrestlers had to arrange their own travel, but the promoters did all the scheduling and marketing.

In today’s wrestling scene, there is no NWA. The territories are much smaller, and most promoters run one show in one location, once a week or once a month. There are no more traveling circuits designed to give wrestlers a place to make a living, and many promoters are too busy fighting with their neighbors to ever make such a circuit happen.

In spite of these changes, wrestlers today can still make a good living. But in order to make that happen, today’s wrestlers have to become their own promoters.

Wrestlers have always had to be their own promoters to an extent, but the need to self-promote has never been greater. Instead of relying on promoters to create territories for them, wrestlers today build their own territories. They network with the promoters to build a steady weekly and/or monthly schedule that will allow them to stay on the road making money.

Wrestlers also have to be their own marketers. They have to manage their social media accounts, build their own websites, promote the shows where they will be appearing, design (and in some cases make) their own ring apparel. They design their own merchandise, from T-shirts to photos to stickers to wristbands to whatever their imagination can conceive.

And yes, wrestlers are still their own travel agents, arranging their own transportation and lodging everywhere they go.

Aspiring wrestlers can no longer depend on the promoters to give them a place to make a steady living. They have to forge their own. Anyone who wants to live the dream would do well to read as much as they can on marketing, money management, and promotion as they can. Guys like Brutal Bob Evans have really helped a lot of younger talent see the importance of being business men and women as well as wrestlers. More and more wrestlers, up and down the card, are becoming full-time wrestlers because they are also becoming their own full-time promoters. They aren’t getting rich, but they are supporting their families and living their dream.

The wrestling business has changed, and wrestlers are starting to find their way. It’s an exciting time to be a fan. And a wrestler. 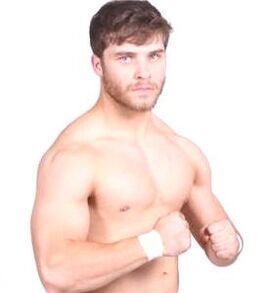