There’s nothing in the world like an “IWA Mid-South Rules” match. That’s because in an IWA Mid-South Rules match, there are no rules. There’s no disqualifications, and falls count anywhere. And if you see the action coming your way, grab your stuff and get OUT of the way.

IWA Mid-South has been doing it their way for a long, long time. They’ve seen dozens of would-be competition come and go in that time. They’ve been chased out of buildings and entire states. The haters can keep on hating because this Thursday, IWA Mid-South will celebrate its 20th anniversary.

Ian Rotten has booked a stellar line up in celebration of the milestone anniversary. There’s no flier online yet, but the line-up, care of IWA Mid South’s Facebook page, says all you need to know:

The show will be at Jammerz Roller Rink in Clarksville, Indiana on Thursday, October 6. First and second row seat holders get early admission at 5:30 PM for a Meet and Greet. Doors open at 6:45 with bell time at 7:30.

Congratulations to Ian and the amazing crew who have kept this Kentuckiana tradition going for two decades!

One of the guys I enjoyed meeting while writing was Bluegrass Brawlers was Terry “Garvin” Simms. I first learned of Terry through my wife, an avid Reddit reader, who found an AMA (that’s ask me anything, for those of you like me who never go to Reddit) that he did one night. I got in touch with Terry through Facebook and then via phone. Simply put, he’s the most outstanding wrestling storyteller you’ve never heard of. He has a fascinating story of his own, and he has plenty to go around about the men he worked with. Still waiting for the right time and place to share one he shared with me about the Freebirds.

Thankfully for those like me who love good stories, Terry has joined the ranks of podcasters with his show World Domination with Terry “Garvin” Simms. It turns out Terry’s not only good sharing his stories but getting stories from some of wrestling’s biggest legends including Lance Russell, Handsome Jimmy Valiant, Doug Gilbert, Axl Rotten, Jeanie Clarke, Bull Pain, and Robert Fuller.

If you’re a fan of old time rasslin’, this is a fun, positive look back at the people and stories that made wrestling great without the usual lamentations about how the business “ain’t what it used to be.”

I’d like to send an extra special thank you to Terry’s recent guest Jimmy Valiant, who put Bluegrass Brawlers over not once, but twice on the show. I had the opportunity to meet Jimmy a few months back in Evansville and give him a copy of the book. I’m so glad he liked it and honored he’d give it such a great endorsement. 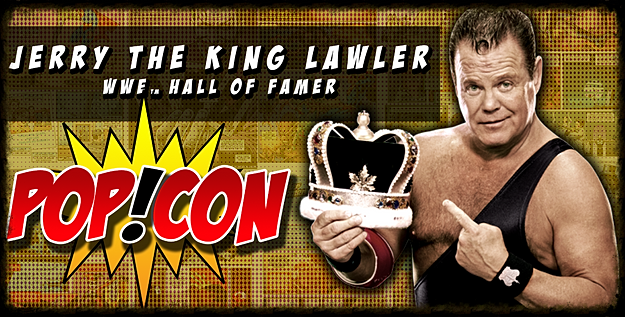