Aaron Williams is one of the wrestlers who made me an independent wrestling fan. That’s one reason why he’s one of the featured stars on the cover of Eat Sleep Wrestle. He’s racked up a number of credits on the resume since I started following him. He’s been a solo champion and a tag champion for numerous promotions. He’s been a competitor in CZW’s Best of the Best. He’s been a main event performer since I first met him in 2014. And he’s currently the IWA Mid-South Heavyweight Champion.

Last night Williams added another accolade to his career. He is your 2017 Ted Petty Invitational Winner.

Congratulations to the Baddest Man Alive. Wishing you even more success in 2017 and beyond. 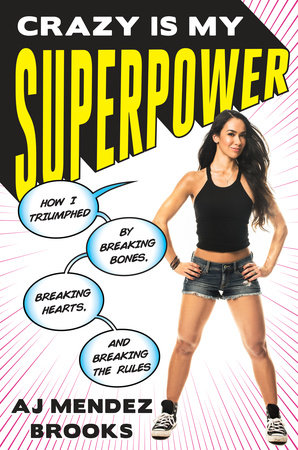 Fans of Tier 1, and wrestling fans everywhere, I am sorry.

I have done a terrible thing.

After hearing Mr. Darius Carter, the current Tier 1 Wresting Champion on the Kick Out at Two Podcast, I got in touch with him to tell him how much I enjoyed the interview and admired his appreciation for wrestling history. I shared with him the books I had written, and I offered to send him a few if he wanted to have a look. Mr. Carter thanked me for the offer and asked for a copy of a biography, Lord Carlton.

Mr. Carter seemed like such a nice man, and he was so gracious to me on email. I had no idea Mr. Carter was one of the most dastardly villains on the East Coast. Now, with the biography of one of the most hated and reviled villains of the 1950s in his possession, I fear I might have only made things worse.

Lord Carlton was a monster. Sure, he dressed nice and conducted himself with the grace of a gentleman, but he as nasty as they came. Like Mr. Carter, Carlton was not a “sports entertainer, nor was he the kind of guy who “wanted to get his spots in.” He believed in winning at any cost, and there was no low too low for him to stoop.

Will Mr. Carter adopt some of Lord Carlton’s dirty deeds as his own? Will he follow Carlton’s lead by traveling to the far east to pick up a sinister Swami to assist him in his conquests? Whatever happens, I take full responsibility.

If you want to see Darius Carter, he’s currently taking the Tier 1 title around the United States on a rampage of destruction. If you want to know more about Lord Carlton and see where Mr. Carter may be headed, you can read about him only in the pages of Lord Carlton: Wrestler, Artist, My Father.

The Kick Out at Two Podcast released their final episode of the year today, an interview with Tier 1 Champion Darius Carter! If you haven’t already subscribed, you can find Kick Out at Two on iTunes, Soundcloud, and Stitcher.

Righteous Jesse was also happy to chime in with his favorite match of 2016, Brett Ison vs. Lee Byford:

This match is a favorite of mine for a few reasons- 1. It’s no secret that Brett Ison is my best friend. Getting to see my best friend wrestle in another state for another promotion and get a positive response from the crowd was such a great feeling. 2. It’s Brett Ison vs Lee Byford. If you aren’t familiar with these two they’ve been rivals and partners. I knew this would be a knock down, drag out fight. I was 200% right. These two men gave it everything they had and captured the crowds attention. The match took place at Atlanta Wrestling Entertainment at Famous Pub. I highly recommend this match to anyone who might doubt that strong style has a place in the south.

No Guys November continues (partially) on the Kick Out at Two Podcast. Bonnaroo Brittany and the gang welcome their second female guest Veda Scott this week. Veda is the current FWE Women’s Champion and a regular for Women of Honor. She’s one of the hottest names on the indie circuit and a regular in PWI’s list of the Top 50 Females in Wrestling.

And, as a special bonus, KOAT fans will finally get to her from one of the gang’s favorite people in the independent wrestling world when Papa Hales joins the show.

Download Kick Out at Two every Friday on iTunes, Stitcher, and Soundcloud.